You Can't Run With Bulls in Hungary but You Can Do This!

Running with the Bulls is meeting the heart and soul of a people: It is like the Day of the Dead in Mexico or the Valborg Bonfires in Sweden. While there are no animals running down the streets of the party district (OK, besides Brits...), there are still ways to meet the Hungarian heart if we know where to look.

Hungarian culture is notorious for being impossible to penetrate. Hungarian social circles are hard to gain entrance to and the culture itself is an enigma to outsiders. In most countries drinking is a safe-bet to get to know the people but with the tourist invasion of the inner-city, it's hard to find an accessible Hungarian pub. Making matters worse is the general low-energy of Hungarians: There are no national-anthems guaranteed to raise a rousing chorus in a bar and even "Hungarian" restaurants in the West feature Gypsy bands rather than Hungarian ballads.

But not all hope is lost! From adrenaline-packed sports to pagan festivals and more.... here are five ways to gain access to the Hungarian soul.

Busojárás - Hungary's Carnival - takes place in Mohacs every February and features masked men and bonfires to chase away evil demons. The only pagan festival left in Hungary, it is easily accessible from Budapest and a great way to spend a weekend, with music, yummy Hungarian treats and the parade like nothing you'll see in Budapest.

The other Hungarian staple you can't miss is the Diszno Vagas - or pig slaughter. It is a communal effort in which the pig is slaughtered and every piece turned into food to be consumed later that evening around a fire with copious amounts of palinka and laughter.

Horse-riding has been a part of the Hungarian soul since the Honfoglalas - the conquest of the Carpathian Basin over 1000 years ago. Hungarians were known by their neighbors as fierce warriors on horse and the husszar is still such a strong part of the culture that Matt Damon came here to train for his movie "The Great Wall."

Simply learning horseback riding in one of the many schools around the capital will get you a healthy dose of Hungaricum but for the real deal we recommend The Nemzeti Vagta - The national gallop - taking place right in Budapest's Hero's Square. Racing around a 400 meter track, these horses bring the national heritage right to the shrine of the patriarchs sitting atop their mounts in the square. It is free to watch from the inner square where visitors can grab food and cheer on the many regions of greater Hungary which come to compete. It is one of the few places outside of a football match to see such high-spirited Hungarians.

Like food and drinks, sports are a safe-bet even given Hungary's lack-luster football scene. Most of the major rivalries are between Budapest squads, such as Ujpest (4th district) and Ferencvaros (the 9th). Internationally, Hungary-Romania is by far the most high-emotion game.

If you want to get more practical, there are several high-adrenaline sports cheap and easy to practice in Budapest that can give access to vibrant local communities. Paragliding is a major pastime in the Buda hills and several companies offer good-value lessons so you can learn to fly solo. The Palvolygi cave system has high-effort courses for the adventurous (and non-claustrophobic). Our favorite bet though is Cave Diving. That's right, Cave Diving in the thermal waters for which Budapest is so famous! It's right in the city center on the Buda side near Margit Bridge and is one the many reasons that Budapest is still a rising gem: there is always more to find within the capital!

And let's not forget Hungaroring - the famous Formula One Track and a major source of Hungarian pride.

Hungarians are proud of their folk dance with many young people keeping the art fresh and vibrant. Buda-based Fonó is the heart of the capital's scene with open dances every Wednesday and every other Friday. With many attendees coming from villages it is one of the few ways to access regional Hungarian cultural. While English levels will be lower, openness is higher especially when if you genuinely want to learn the steps - expect to be helped (and laughed at)! Another good thing - the bar is still priced like old-style Budapest with glasses of wine around 200 forints. Those were the days!

5. The Beautiful Cities of the Country

Hungary is not known for its cities outside of Budapest. Second city Debrecen is not much to see, Miskolc is known for its neo-nazis and Győr is a bit too German for our taste with the Audi plant towering over the city life. Pécs and Szeged are nice university towns which are worth a visit but we'll focus on cities deeply ingrained in a truly Hungarian experience.

Esztergom - Have lunch in (Hungarian) Slovakia. There's an energy to walking over the bridge from Esztergom to Sturovo/Parkany that is undescribable. Maybe it's because my family is from Parkany but feeling the wound of Trianon in that bridge is hard to describe. That part of Slovakia is so "Hungarian" that when I asked a waitress if she spoke Hungarian, she laughed at me! "Of course!"

Eger and The Valley of Beautiful Women - Need we say more? Eger is famous as the center of a wine region known for the Bikavér - Bull's Blood. With a charming castle, giant baszilika (bigger than Budapest's) - one of the last minarets surviving in Hungary from Ottomon rule (you can walk to the top!) and of course: The wine cellars. Taking wine straight from the tap for 100 ft/deciliter, you can sit the entire day and listen to the wandering bands and frequent festivals. A truly refreshing experience after spending a life in the business of Budapest.

Think we missed something? Want to know more about getting deeper in Hungary and Budapest life? Subscribe below to stay up to date with all the happenings from the Red Ball Expat Theater and Training Center with events every Monday and blog posts every second day!

Keep exploring Hungary and send us your pictures! 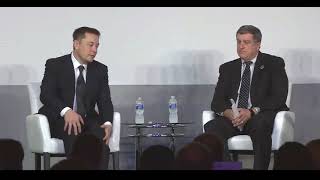